To have the optimal experience while using this site, you will need to update your browser. You may want to try one of the following alternatives:

Nightmare to end your vacation 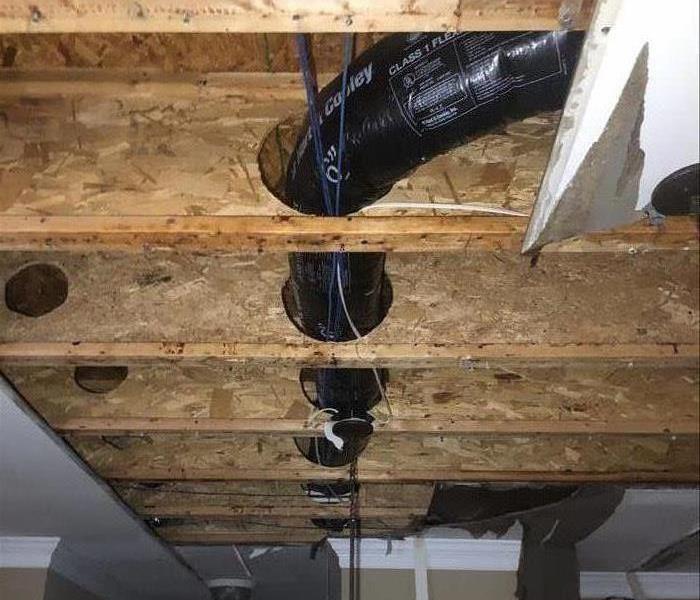 Vacations are meant to be fun, carefree, mind clearing experiences but for one family their vacation was cut short when a water line on the second floor busted.

A neighbor spotted water flowing out of the upstairs windows and the front door when they went to check on the house for them. After the neighbor called the homeowners we got a call minutes later and arrived on scene within the hour.

When we arrived on scene we walked through the house with the neighbor and video called the homeowner to show them the damage that had been done. After seeing the damage the homeowner wanted us to get to work, we emailed the paperwork and got started.

After demo of almost the entire house we got to work drying and mitigating. The house looked like Dexter's labratory when we were down.